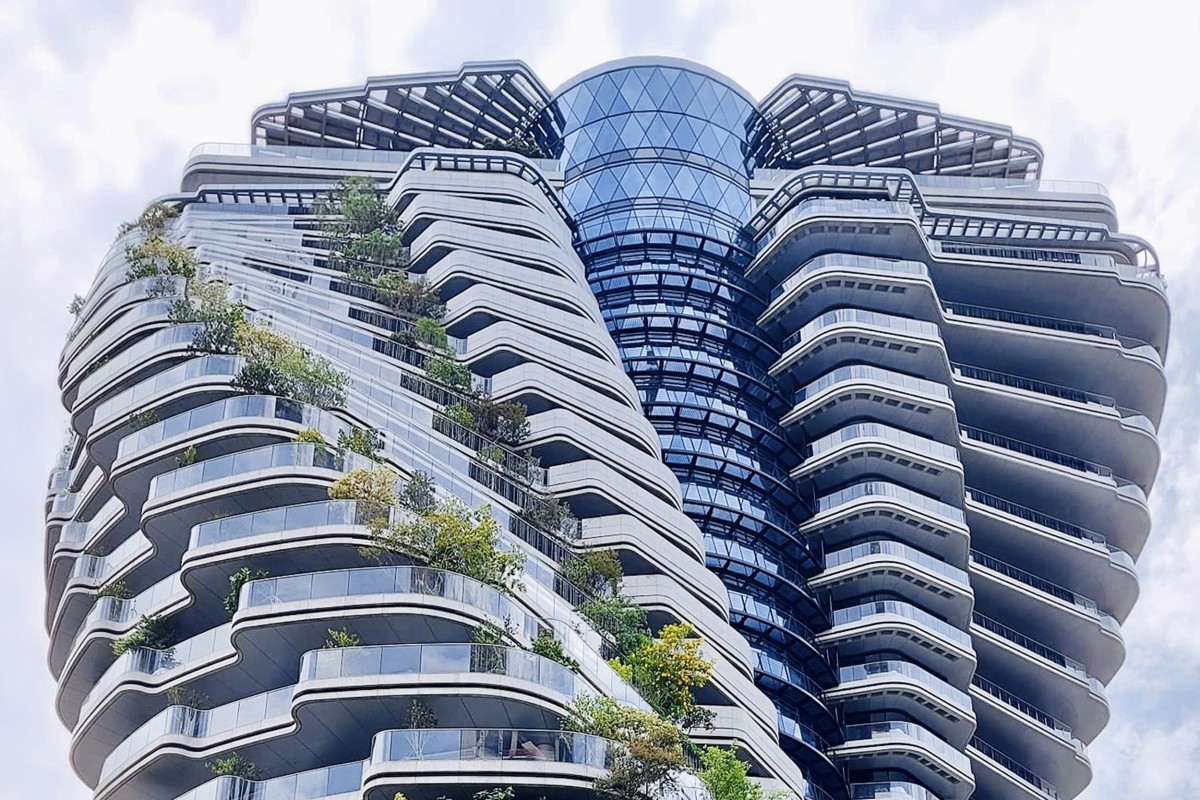 Some four years after it was originally due to be completed, and over a decade after first being commissioned, Vincent Callebaut's twisting Tao Zhu Yin Yuan (aka Agora Garden Tower) in Taipei, Taiwan, is finally nearing completion – and it's looking like the wait has been worth it. The high-rise residential project has an ambitious DNA-inspired form incorporating thousand of plants on its facade and sustainability features including solar power, rainwater collection, and more. 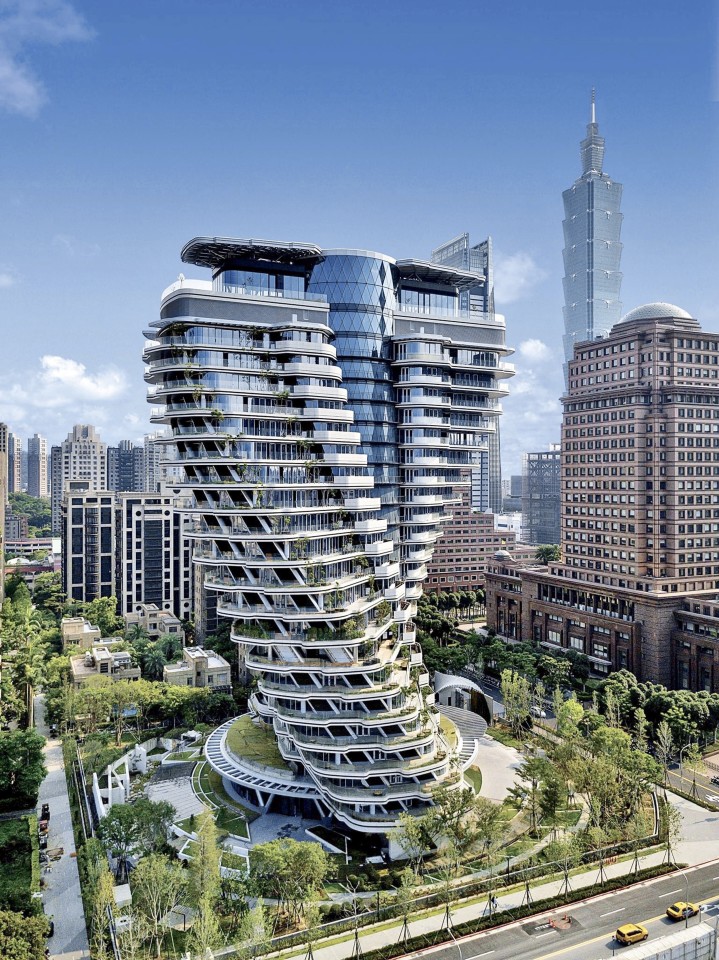 Rising to a height of 93.2 m (305 ft), Tao Zhu Yin Yuan consists of 21 floors (plus four basement levels), and is defined by an unusual twisting design inspired by the DNA double helix. Twenty of the floors twist 4.5 degrees per floor as the building rises, for a total of 90 degrees from bottom to top.

Though it's not looking quite as green as was suggested in early renders, this is understandable as the 23,000 trees, shrubs and plants that are planted throughout the ground floor garden, balconies and terraces, still have some time to grow. SWA is leading landscaping duties and Vincent Callebaut Architectures (VCA) reckons that all those plants will remove significant amounts of CO2 from the local atmosphere each year.

"The annual carbon absorption reaches around 130 tons with green coverage at 246 percent, which is nearly five times higher than local regulation, making it a colorful urban forest park in all seasons," says VCA. "In order to increase the volume in absorbing carbon, multiple species of trees with better carbon absorption volume are planted by specialized botanists to contribute to protecting the air quality."

The project is slated to receive the LEED Gold green building standard. Notable sustainable additions include solar and wind power to reduce its draw on the grid (though we've no hard figures on power consumption available yet), rainwater recycling, a focus on natural ventilation, and energy monitoring systems. There are also regenerative elevators, efficient heating, and water-saving water fixtures installed.

Additionally, earthquakes and high winds are a real concern in that part of the world, so VCA has employed what it calls "nuclear plant-grade" seismic protection in the form of a structural design that's partly inspired by human skiers that the firm says exceeds seismic regulations.

"Structural design found inspiration in the body structure of the skier," adds the firm. "The central core of the tower is the human body. The 5-m [16-ft] truss structure above 21F are the two arms. The megacolumns on the two sides are the ski poles. A suspended structural system and a Vierendeel truss system (a set of beams for every two floors) transfer all the weight via the arms (beams) to the body (central core) and then down to the foundation. The result is a one‐of‐a‐kind structural design that combines the science of mechanics and the art of aesthetics." 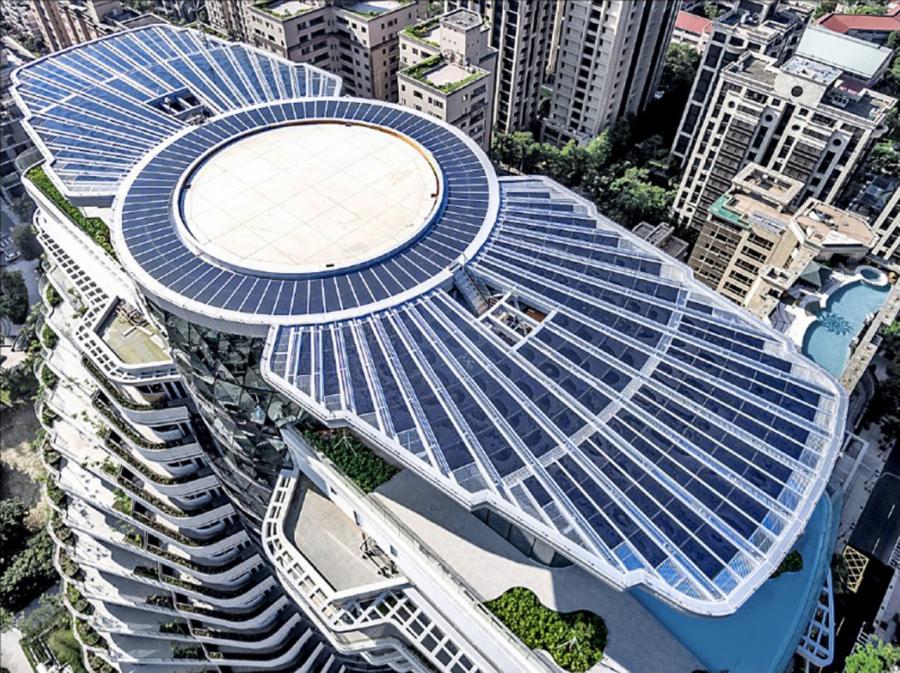 The Tao Zhu Yin Yuan's exterior looks all-but finished and work is now ongoing to finish its interior for a slated official completion in late 2021. 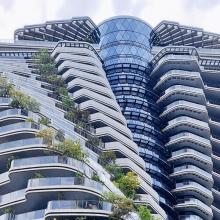 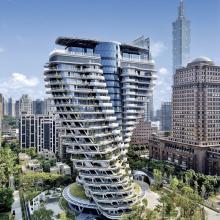 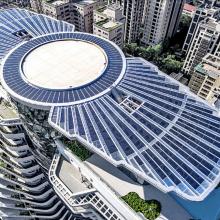