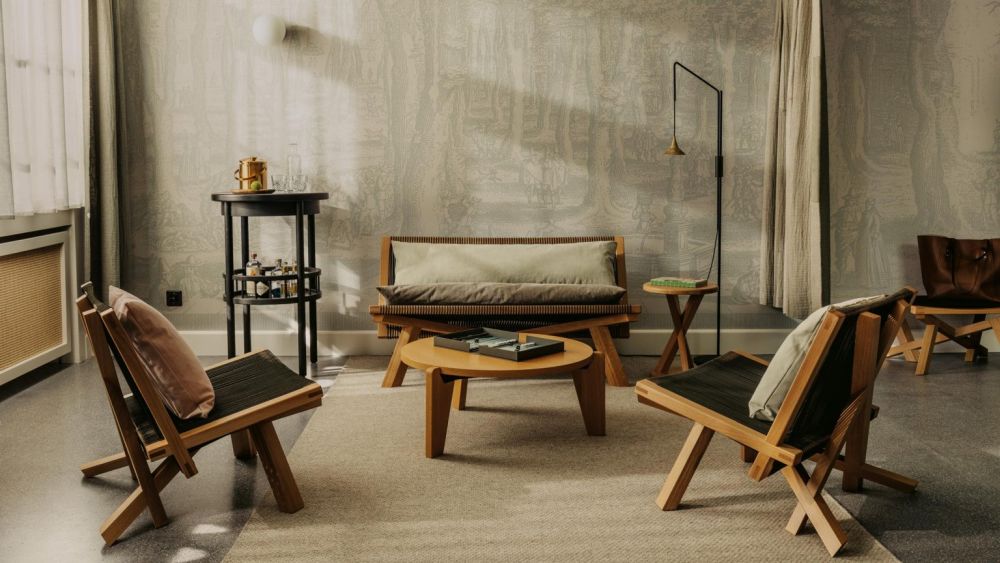 Swiss firm Herzog & de Meuron has created a boutique hotel inside a century-old building in the heart of its home city, Basel.

The Volkshaus Basel Hotel blends the style of 1920s with a modern design sensibility, creating an aesthetic to appeal to "detail-loving individualists". 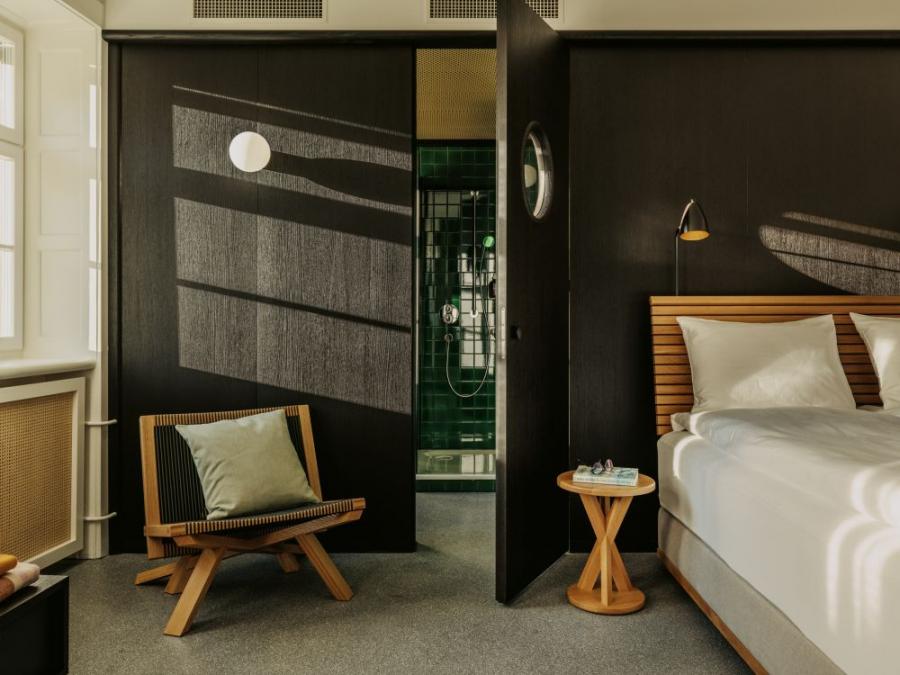 The hotel is located within the Volkshaus Basel building, a structure with a history dating back to the 14th century. However the building that stands today was built in 1925, in a design by the architect Henri Baur.

Herzog & de Meuron has been working on the redevelopment for several years, since the building was taken over by real-estate entrepreneurs Leopold Weinberg and Adrian Hagenbach. 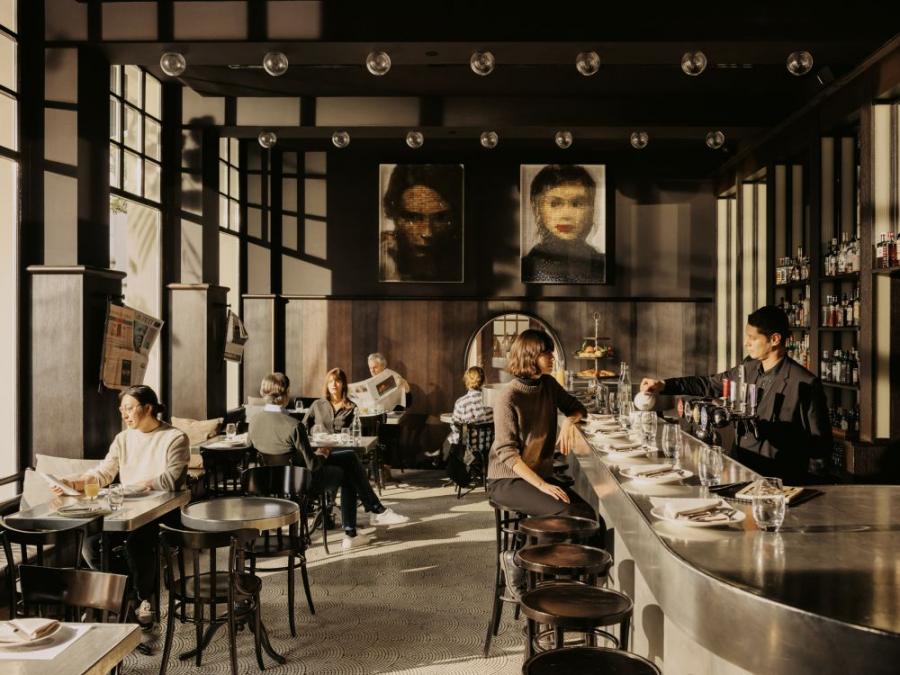 The aim was to repair the damage of the 1970s, when much of the original interior was stripped out and converted into large-scale offices.

The studio had already reinstated the bar and brasserie, as well as several of the building's old events halls, in a renovation back in 2013. The hotel is the next step in this transformation, along with a small shop located within the hotel lobby. 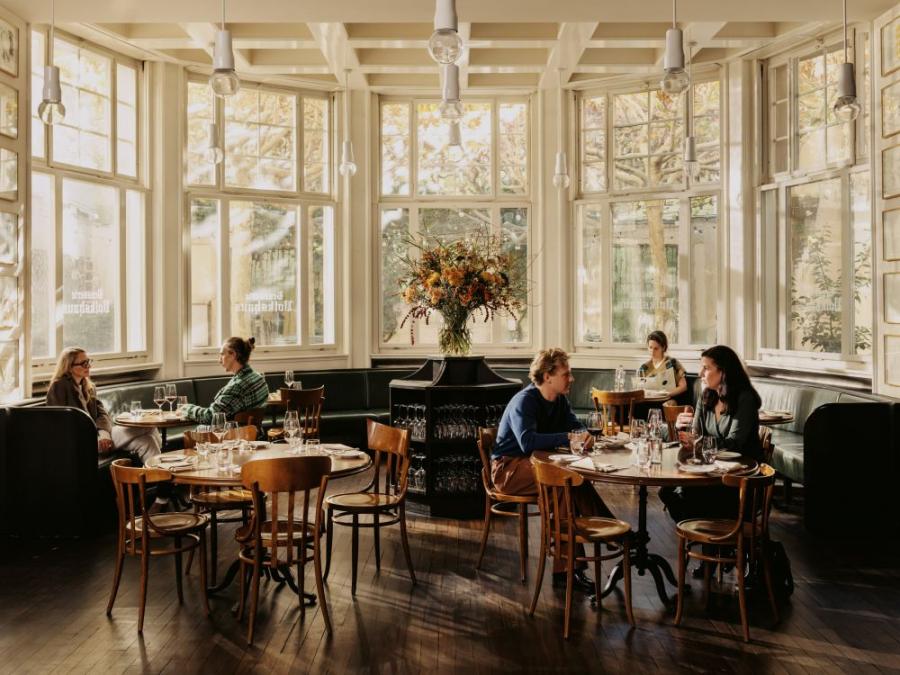 "The extent of our interventions varies from room to room depending on the needs of each space and in accordance with in-depth analysis of the complex as a whole," said Herzog & de Meuron.

"We aim to preserve the overall multiplicity and complexity of the Volkshaus, based on the original architecture of 1925 and imbued by its own history." 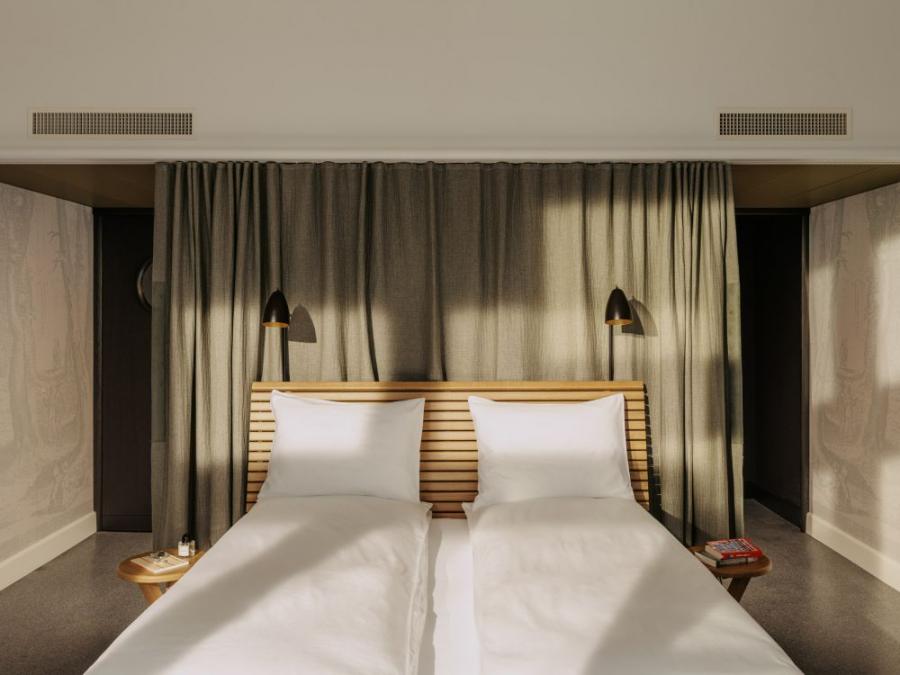 The layout they came up with borrows elements from both the old attic bedrooms and the old office floors, particularly in the way they sandwiched a wall of storage between the bedrooms and corridors, creating space for generous bathrooms and closets. 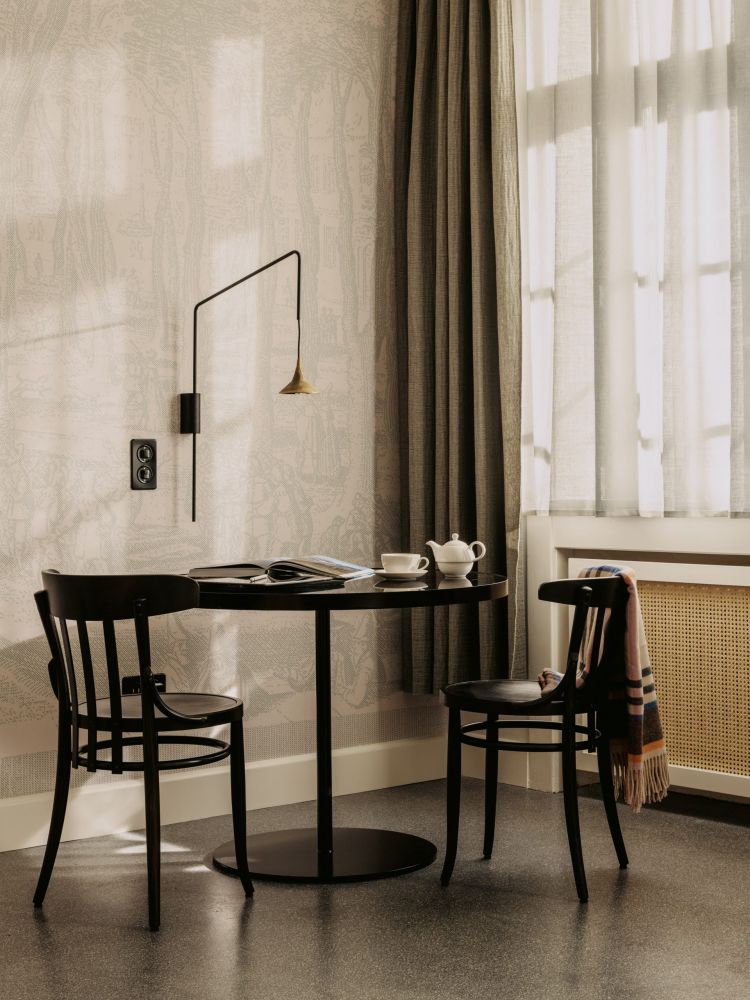 The materials palette chosen for the rooms echoes the details in the bar and brasserie renovation.

Stained black oak was chosen for the volume that encloses the bathrooms and closets, while the floor is a dark terrazzo. These are contrasted by the muted green of the curtains and the pale etchings that decorate the wallpaper. 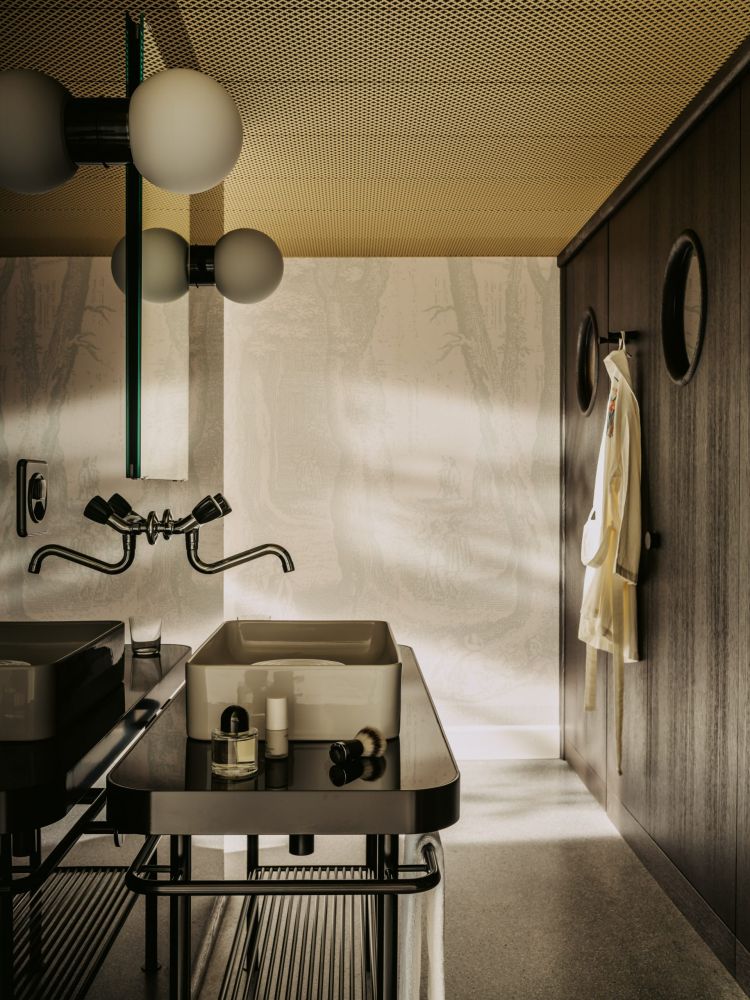 The bathrooms are located within a black-stained oak volume

Furniture in the rooms includes several of Herzog & de Meuron's own designs, including a wooden lounge chair, ottoman and side table, and various wall, floor and table lamps. There's also the Volkshaus chair – a bespoke design for the bar and brasserie.

The bathrooms feature ceramic tiles in green and black, black glass and a round window that echoes others in the building. 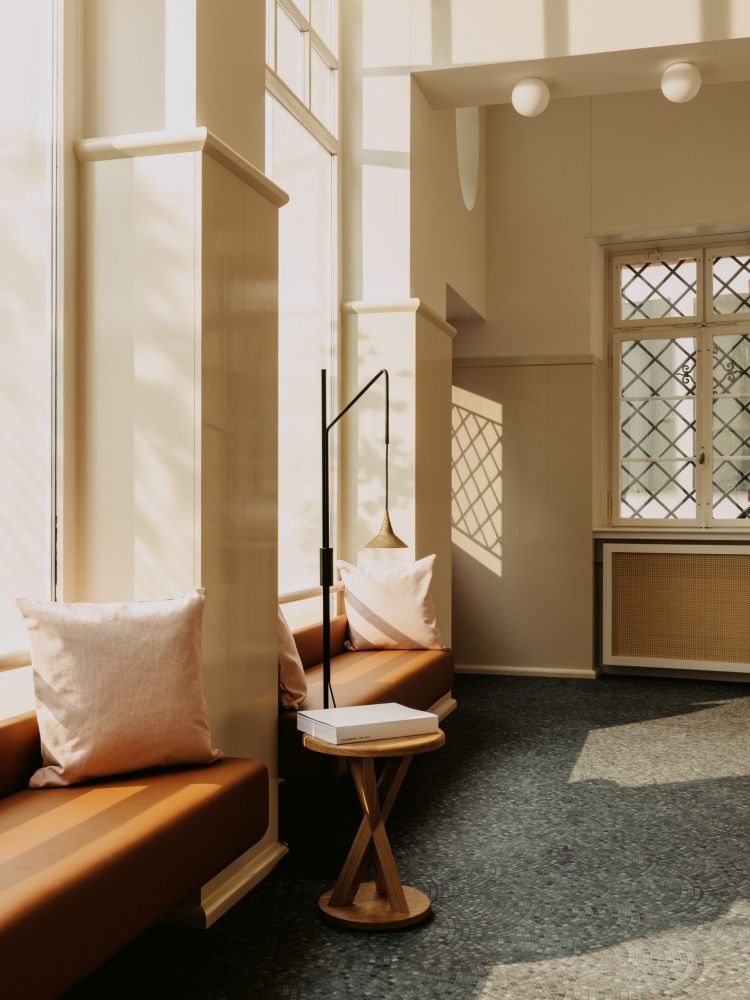 The lobby was designed to feel like a brighter version of the bar, according to the design team. "Somewhat like a 'negative' or a copy, same but different, with the colour concept inverted."

It features a mosaic floor in black and green, leather banquette seating and light-painted wainscoting.

The lobby doubles as an exhibition space, curated by the Von Bartha Gallery. The inaugural work on display is a steel sculpture by French conceptual artist Bernar Venet. 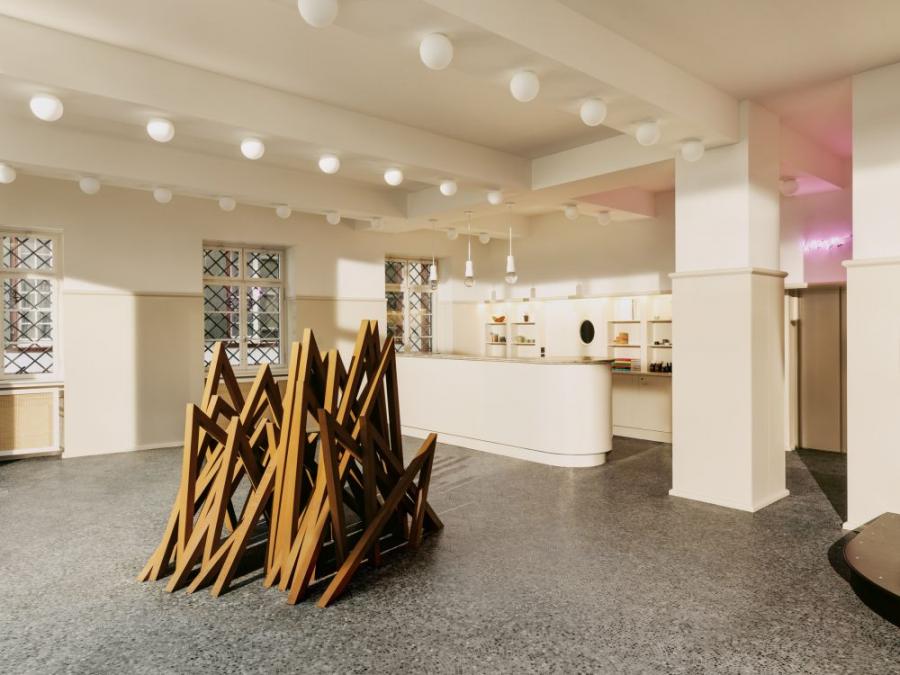 It doubles as exhibition space curated by the Von Bartha Gallery

The Volkshaus Basel Hotel is currently open for previews, but will be open for bookings from early January.

It is one of numerous projects that Herzog & de Meuron has completed in Basel, along with the Messe Basel exhibition halls and the Museum der Kulturen.

The architects hope that this latest addition will contribute to the cityscape in the same way.

"We hope that our modifications and the renewed diversity of uses will not only revitalise this extremely special location in Basel, but also revive the architectural identity of the Volkshaus," added the studio.

Photography is by Robert Rieger. 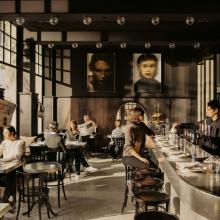 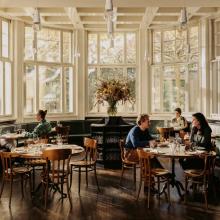 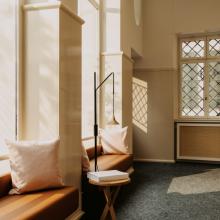 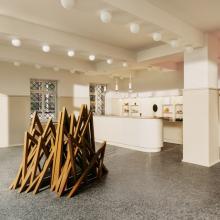 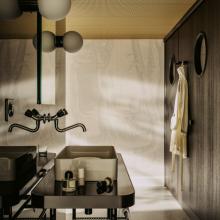 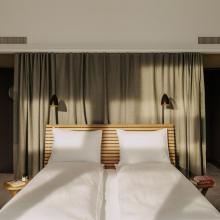 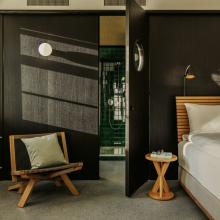 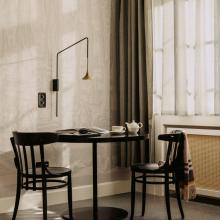 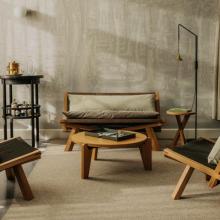